Terraces and pits can be clearly seen (thanks Google)

This is an impressive place considering I had no idea of it’s existence! The highest point now is just one of the cones that wasn’t quarried away in the 1950’s. There was extensive destruction of the cones on the south and east side. 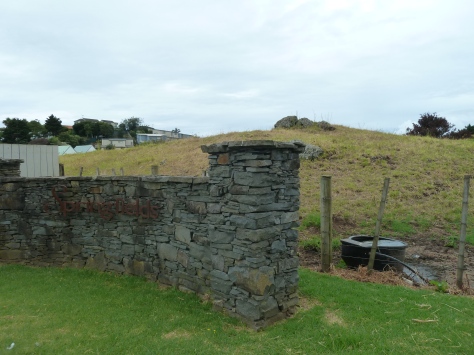 I parked on Cranbrook place as I’d heard there was a spring in a field and that is what I found, along with some huge lumps of scoria just sitting in the middle of suburbia.

I then crossed the road and hopped this fence and surprised a small flock of pukekos grazing on the side of Taurere.

At this point I seemed about as far away from the highest point as possible but it’s a pleasant and quick walk to the top.

Start of the ascent from Cranbrook Place 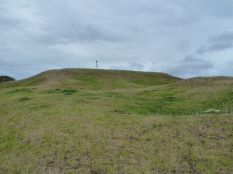 Ascending the terraced slopes of the north side

One of the old kumara storage pits on the north side

The summit 56 metres above sea level 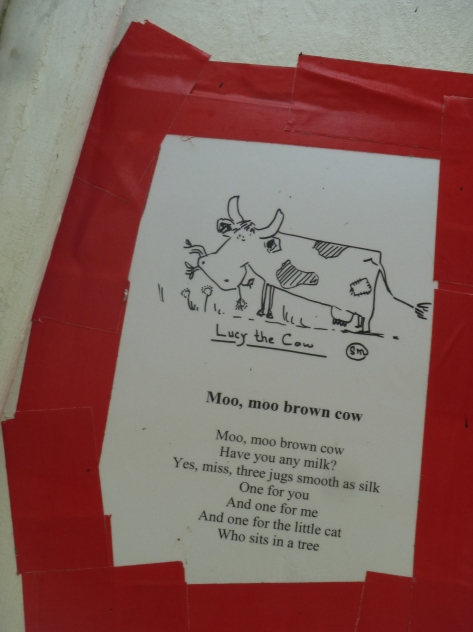 Found this taped inside the trig

Now to pause and take in the 360 views which is basically the purpose of climbing any hill worth climbing.

Rangitoto Island to the north

It is said that the lad Turanga i mua gave some karaka berries to his young love Parehuia to plant, telling her that he would return to marry her in the first season of their fruiting. Parehuia tended the young karaka trees until they set fruit and waited for Turanga i mua to return, which he did. Turanga i mua proved himself well skilled compared to the other young men and as the time drew near for him to depart he requested Parehuia’s hand in marriage from her father, Titahi. Titahi did not grant Turanga i mua’s request so he left and was soon joined by Parehuia who would not return home at the urging of Titahi so a there was a battle but Ngati Titahi lost and Titahi died. Returning to his home in Taranaki, Turanga i mua and his party passed over the Ruahine Ranges where they had to fight a battle and although they won, Turanga i mua himself died. After living among her husband’s people for some years, Parehuia returned to Taurere where she later died and was buried in her karaka grove. The name Taurere, meaning ‘loved one flown away’, comes from this story.

Remnants of the sacred karaka grove of Parehuia, suburban backyard right (thanks Google)

Sky tower hiding in the west

Evidence of a volcanic origin

After coming down I decided to walk around and see what this hill looked like from other angles. 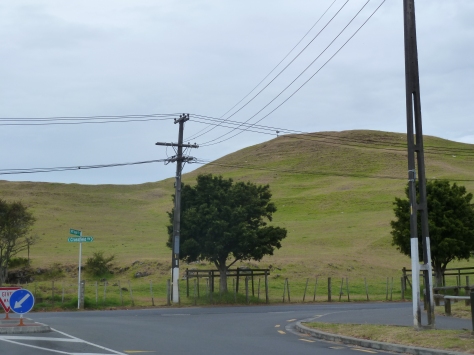 View of the summit from Mount Taylor Drive

View of the summit from Crossfield road

There’s nothing here but a grassy hill but that is kinda the point 🙂 It’s perfect, although, maybe it could do with a few more karaka trees? 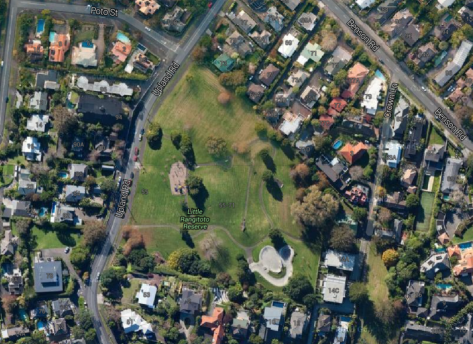 Little is the word! Such a small one as volcanoes go (originally 70 metres high) but very good usage of the land being home to an adventure playground, a skate bowl and a very cool flying fox. The grounds themselves are nicely contoured and on the north side part of a lava rock wall is exposed. Of course, like many other Auckland volcanoes, quarrying has had a major impact and the lovely green land you see here now is built on refuse.

I parked on Upland road right by the sign and was immediately drawn to the rock wall on the south side.

…joined to other molten lumps of magma to from a small “flow” with no connection to the lava source deep inside the volcano. 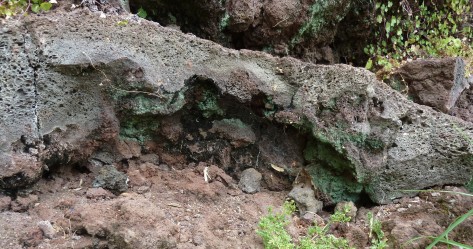 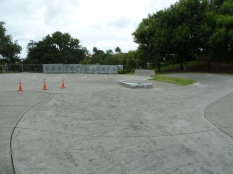 Part of the skate park

Needless to say It was over in a matter of minutes and I ended up atop this grassy knoll in the centre. As volcanoes go it’s short and sweet but if you’re looking for a flying fox this one’s hard to beat.

Takarunga (left) and Rangitoto (right) on either side of the tree

Previously that day I’d already been down to the mangrove/mudflat area on Shore road trying to figure out were the ribbon of lava from Little Rangitoto might be… though I’m not entirely certain if I found it or not. 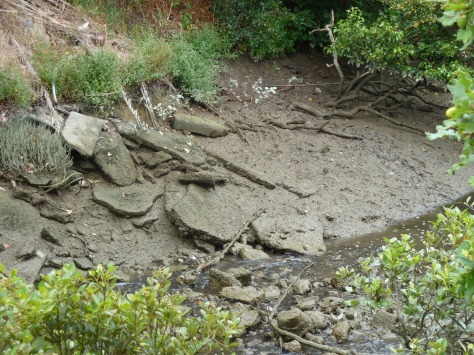 A note on the names. Maungarahiri is Maori for hill of the sun’s rays. Little Rangitoto is presumably a reference to it’s outline appearing similar to that of Rangitoto Island, which can be seen from the highest point.