I’ll be honest with you… I don’t even know exactly where this one is! This volcano isn’t listed in Volcanoes of Auckland-the essential guide as it only officially made the grade in 2011 (previously discovered & named by Ernie Searle in 1964 then discounted from 1968 onward). I hadn’t visited my grandparents’ grave for over a year so at least I had a good reason to be snooping round the Manukau Memorial gardens.

First stop (and in all honesty, the most likely target) the park on Hillside Road -it’s so small it doesn’t even have a name!

Mysterious concrete circle in the park on Hillside Road

Could this be hiding the place where the stream emerges? Or is it a subtle hint as to the volcanic crater that once lay here before the bulldozing, contouring and development of this suburb? I don’t actually know. Maybe it’s just a flat place to bounce a ball or set up a BBQ? 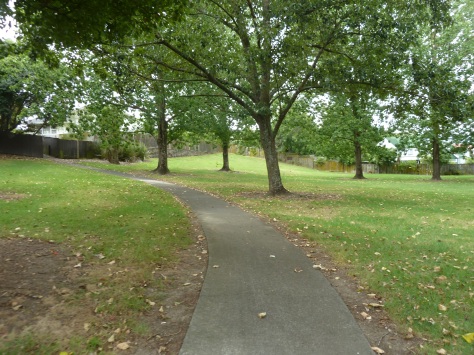 Gentle slope to the left of the playground

What kind of dirt is that? Ash? Nah, I’d be fooling myself if I thought that.

The remainder of this post is only vaguely related to this volcano and is more just a record of my observations and thoughts about the area.

There wasn’t much to see here at all, so I headed to the cemetery for which this volcano is named and on the way I saw this… 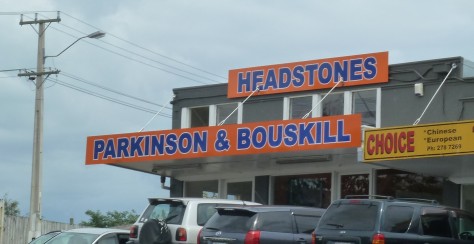 A choice position from where to sell headstones

This is a place where correct disposal procedures are taken seriously

Correct me if I’m wrong, but is that just a lump of concrete? -How silly

Ok, so I don’t remember this “new” bridge. Maybe I actually haven’t been here since 2010 -bad granddaughter!

Above are rocks in the gully on the South side of the bridge but they don’t look very volcanic to me. Probably just brought in for the purpose of bridge construction.

What’s that hill? Crater Hill (not visible) behind

The land naturally undulates all around the area so that what I would’ve said from memory was flat, I now see is actually not so level after all.

My Grandparents’ headstone -no need to clean the back, right? 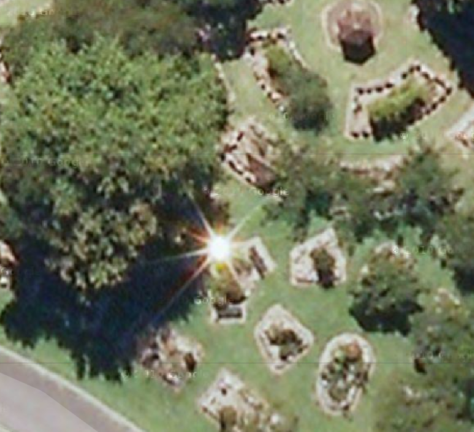 “…but we will all be changed, in a moment, in the twinkling of an eye, at the last trumpet…” 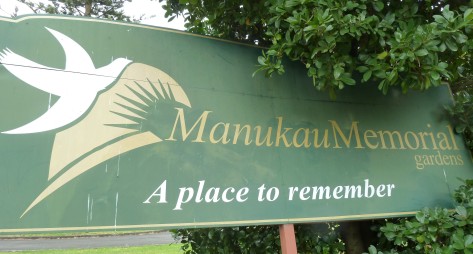 The South-Western Motorway viewed from beneath the above sign

Cemetery Crater is just across the motorway somewhere. It was so named for it’s proximity to this cemetery but now the motorway has split between the two and what takes a crow barely 1 minute to fly took me about 5 minutes to drive (traffic lights & right-hand turns, okay?).

Definitely in a flight path

Since I’d seen so many aeroplanes overhead I figured the airport was quite close and I should go watch a few taking off. I turned right out of the Memorial Gardens onto Puhinui Road (very busy; take care!) and found the observation bay a few hundred metres down on the left.

A good spot for plane spotting 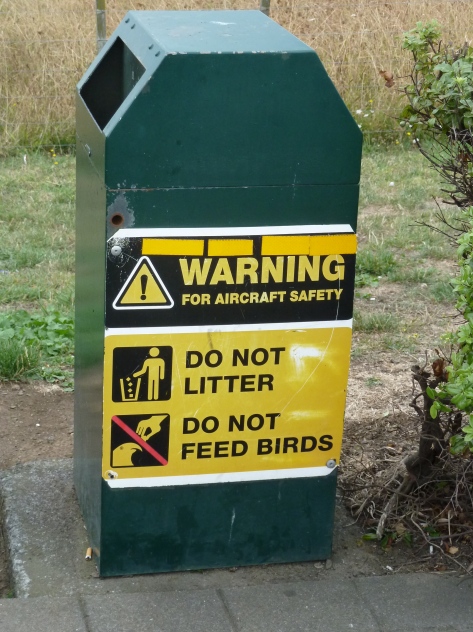 Cheeky Pukeko hanging around to not be fed

So would I recommend visiting this volcano? Let me put it this way… Do you like wandering about in suburban South Auckland by yourself? There are way more impressive and/or natural volcanoes in the area: Crater Hill, Kohuora, the Puhinui Craters & Mclaughlin’s Mountain and even the previously undiscovered Boggust Park.

One thought on “43. Cemetery Crater”